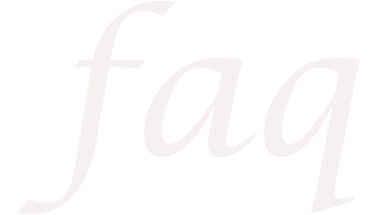 Q. WHAT IS MICBROBLADING/ MICROSHADING/ THE MIX?

A. We offer three semi permanent brow services: Microblading, Microshading and the most popular, Style & Face Signature. Each of these services fall under cosmetic tattoos for your eyebrows.

Microshading is the most glamorous of the 3 brow techniques & is typically a one-step process. Due to the ability to layer the amount of shading, ideal fullness is usually reached in on session. If darker or more defined brows are desired after the first session, a second appointment can be booked for an additional fee. Unlike Microblading, Microshading is recommended to be balanced out with makeup so that the brows do not over power the face. Microshading is intended to mimic filled in, shaded brows, also known as “powder brows” that mimic the look you get from makeup.

Style & Face Signature Brows - (THE MIX) which is the most popular combines both microblading and microshading. It is the perfect mix of natural and glam. The Style & Face Signature Brow technique gives you a little more definition than Microblading & a little less glam than you get from Microshading. Because this service involves Microblading, a second session may be needed 6-8 weeks after your initial session. Our Signature Brow technique is intended to mimic brows hairs in the front with a perfected look towards the tail.

Q. HOW SHOULD I PREPARE FOR MY APPOINTMENT?

A. The best way to prepare for your appointment is to:

Avoid plucking or waxing your brows.

Avoid caffeinated drinks the morning of your appointment.

No face scrubs or chemical peels at least two weeks prior.

**Most importantly, avoid alcohol, ibuprofen/aspirin, and any medication or vitamins that may cause your blood to thin for a minimum of 24 hours prior to your appointment.**

Q. ARE THERE ANY CONDITIONS THAT WOULD INTERFERE WITH ME BEING ELIGIBLE FOR A PMU TREATMENT?

A. Yes, the following would interfere with consideration for a Microblading treatment:

Q. DO I GET TO CHOOSE MY BROW SHAPE?

A. Yes, Together with your technician, an ideal shape will be determined. Your technician will use five measurements on the brow bone based on your face shape and structure to provide the best shape in her professional opinion. You should also bring in pictures of your favorite brow shapes to help us better understand your desired look.

A. Pain level differs based on the client. Majority of clients say “On a scale from 1-10 pain level is 3-4”. Pain is oftentimes compared to brow threading or rapid plucking.

Q. HOW LONG IS THE BROW SERVICE APPLICATION?

A. The procedure itself only takes up to 50 minutes, however a 3 hour time block is scheduled for numbing, predraw, consultation, questions and determining your brow shape.

Q. I HAVE OILY SKIN. CAN I STILL RECEIVE THE SERVICE?

A. Microblading is not recommended for people with oily skin due to the fact that the oil in their skin makes the hair strokes blend together, which defeats the goal of the hair stroke look. Having oily skin can also cause your hair strokes to not last as long in the skin. A better option would be to shade (Microshading) or combine the two (The Signature) with more shadow than hair strokes. Shading adds more pigment under the skin so if you are oily, your brows should not look completely faded if any color is lost.

Q. WHO'S NOT AN IDEAL CLIENT?

A. Clients prone to keloid scarring.

Clients with excessively oily skin, larger pores, thicker skin and eyebrow keratosis can negatively affect the absorption of the pigment and therefore are not great candidates for the semi-permanent eyebrow procedures.

Q. HOW OFTEN DO I NEED TO RETURN FOR A TOUCH UP?

A. If you decide to get Microblading your brow stylist will moderately apply your initial strokes, then allow 6-8 weeks for them to heal.  Any time within the 6-8 weeks period, additional strokes can be applied to achieve the desired look. When strokes are placed extremely close, the strokes will mend together creating a hazy shadow instead of separate strokes when healed.

If you decide to get Mircroshaiding or The Signature Brow Servcie (The Mix). You may not need a touch up, it will depend on your skin type and desired look.

Q. HOW LONG WILL THE SEMI-PERMANENT BROWS LAST?

A. Skin types, age and daily activity play a major role in the longevity of your semi-permanent brow application.  Most eyebrow applications will last 8-12 months, while others may last longer. Please note that since the pigment is not implanted as deep as a traditional tattoo, your pigment will fade gradually until it eventually fades away.  For your brows application to remain, you need to schedule a touch-up appointment every 8-12 months.